In the previous episode of Sword Art Online:Alicization , we saw the duel between Kirito and Volo Levantein and how his fight motivated Liena to win her final battle with Volo to became the 1st seat of her year while graduating.

Summary of the Episode: In this episode, we see Eugeo is practicing his swords skill in the training hall and thinks what could be his most important feeling that could be infused with his sword skill to make it more powerful. Since Kirito told him about the infusion of feeling, he was thinking about it. Finally, he figures out that the feeling to save Alice is the most precious and fierce emotions he has.

While practicing, Raios and Humbert enter the training hall and insults Eugeo for practice with a wooden log. Eugeo continues his training and doesn’t pay any heed to them. Then Humbert further insults Eugeo and provoke him to takes lesson from Raios. At first, Eugeo refused but then he thought he has a  chance to see their sword skill, so he accepted. Then Eugeo provokes Humbert Zizek to fight with him and he took the bait. Eugeo and Humbert fighting in the presence of 1st seat Raios. At first, Hubert overpowered Eugeo but he fights back. Eugeo almost wins the fight with Humbert but Raios stopped the dual and declare the fight as a draw. Raios then tells Eugeo that he fighting style is outlandish and entertaining and insults him again by saying that Eugeo should join empire circus. He also says to Eugeo that someday he will show Eugeo how a noble fight. Then Eugeo tells Raios Antinous that he is humbled for his thoughtfulness and would like to take his sword lesson right now. Raios angrily tells Eugeo that battle isn’t only about swinging a sword.

On May 20, 380 in the realm of humanity at the Elite Disciple Dorm, Kirito and Eugeo talks about Raios and Humbert. Eugeo tells Kirito that it’s been 3days since their dual but they didn’t do anything suspicious which surprises him. Kirito tells him maybe it’s because of Taboo Index. Then Kirito tells Eugeo that he is going to bed and he has some work tomorrow. Eugeo forbids him to go anywhere since they are spending time with Tiese and Ronnie tomorrow. Eugeo Kirito Tiese and Ronnie relaxing in the park

Eugeo and Kirito are in a park talking with Tiese and Ronnie. He asks Tiese that doesn’t her noble family lives in the capital. She says her family lives in District Eight because they are sixth rank noble with no judicial authority. Noble above Fourth ran can only live in the mansion District of 3rd and 4th. Then she explains that her family is only namesaked noble, they are no different than commoners.

Tiese then tells Eugeo about her roommate Frenica and how she was given inappropriate orders which are not forbidden by the Taboo Index by her Elite Disciple mentor. Then Eugeo asks who is the Elite Disciple that is giving problems to Frenica. Tiese tells him that it was 2nd rank Humbert Zizek and asks him to help Frenica. Eugeo and Kirito talk about Frenica with Raios and Humbert

After that, Eugeo and Kirito go to see Raios and Humbert. Eugeo then tells Humbert not to sully his family’s name by giving inappropriate order to Frenica. Then Hubert says he has done nothing wrong. He then explains he is training really hard after the draw with Eugeo and after training his body aches unbearably. So he asks Frenica to give him a massage every night after the bath in her underwear since her uniforms will be soiled from the water. When Eugeo heard that he gets angry but controlled it. Then he threatens Humbert that if he doesn’t change his ways, he will ask for an internal investigation by the instructor. Raios then says to Eugeo to do as he please. After that, he and Kirito left the room.

While they are standing in the hallway, Kirito advice Eugeo not to do anything stupid since Raios and Humbert’s intention is to make Eugeo do something stupid by taunting him which may lead to expulsion and severe punishment. Then Kirito asks Eugeo not to be passionate with them even if they taunt him harshly. He also explains that if they were to ask the investigator to launch an investigation against Humbert, they should prepare first. Tiese and Eugeo talk about her life after graduation

After some days later, Tiese came to Eugeo’s room and tells him that her work is finished. Then Eugeo asks Tiese to sit and tells her that Frenica was harassed because of his dual with Humbert. He asks to meet with Frenica to say sorry to her but Tiese says she will say sorry for him.

Then Tiese explains to Eugeo about her circumstances. She tells him that she is going to be the next head of her family. After that, she will receive a husband similar to her status or one rank higher. She says to Eugeo that she doesn’t want someone like Humbert to be her husband. Then she asks Eugeo to be her husband if he wins the Four Empires Unification Tournament and become an aristocrat. But Eugeo thinks his main objective is to become Integrity Knight because he wants to save Alice. But Eugeo decided to help anyway…… 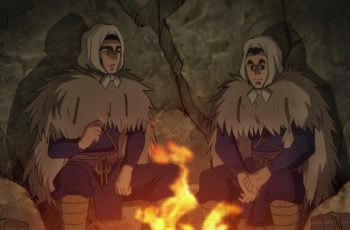 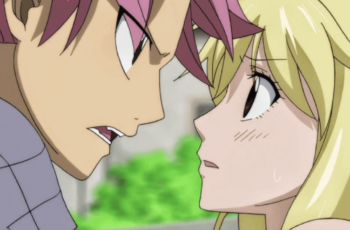