Goblin Slayer Episode 2 starts with a girl, Usukai Musume laying in a bed dreaming about her childhood friend Goblin Slayer when they were just children. Then she wakes up and looks outside. She saw Goblin Slayer checking the fence outside of the home.

Goblin Slayer is checking the fence for any damage or any footprint of goblins because goblins always scout a place before attacking. After checking, he had breakfast with her family and goes to the guild with her. Goblin Slayer and his Childhood friend Going toward the guild

I’m the meantime, other guild members and Silver rank adventurer are gathered for new assignment. They saw Goblin Slayer and started to mock him among themselves. Old Man came with a request to kill some goblins

They are mocking Goblin Slayer because of his unwillingness to attend mission other than goblin slaying even though he is a silver rank adventurer. Goblin Slayer lend no ear to them.

The he approach front desk and ask is there any goblin slaying mission for him. Meanwhile, the priestess came and had a talk with him about goblins. She wants Goblin Slayer to kill them more softly but he denied her request. Goblin Slayer and Priestess near the den of goblins

The guild front desk girl or Uketsuke-jou tell him there is 3 mission and one mission is taken by a rookie team of three. He enquires about them and decided not to help them but the priestess want him to help. When carrying their goblin killing mission Goblin Slayer flashbacks into his past where his sister was killed by Goblins and he saw the whole brutal torture of his sister. After that his only mission in life is to kill all the goblins.

Goblin Slayer and Priestess carry on their mission by killing the goblins by burning. On top of that priestess cast protection spell, so they can’t escape.

Whoever somehow escape from fire Goblin Slayer kill them himself . After the completion of his mission he came back to his village to see his friend. At the end of the episode, we see a road performer tells people about the story of Goblin Slayer and an elf girl ask about him.

In the next episode let’s find out what happens. 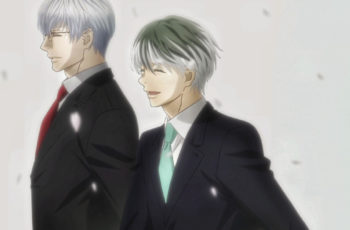 In previous Tokyo Ghoul:re Episode, we saw that Tsukiyama Shuu … 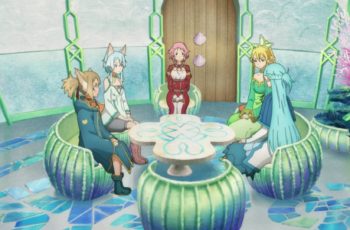 In previous Episode, we see that Kirito and Eugeo left the …