In the previous Episode of Fairy Tail Final Season, we saw Gray saving Lucy from Gouman of Avatar Black Magic cult and called Erza to let her know about the situation. Natsu Blows Gray’s cover which he built for last six months. In this episode, we see Erza explaining to Natsu that she was investigating Avatar and she hit a dead end. Then she met with Gray and asks him for help. Gray decided to help her. So, Erza decided to send Gray undercover without telling Juvia. Because that could put Juvia in harm’s way.

Natsu Gray and Lucy riding on a long tail reptile-like animals and going to the city where Avatar plan their purification ritual. On the way, Gray says sorry to Lucy for what he said earlier. Lucy also says sorry because she slapped Gray. Natsu then asks Gray why he and Erza didn’t take care of Avatar till now.  Gray tells him that Avatar has many branches and they didn’t know about all of them. If they destroyed Avatar’s Headquarters, it could jeopardize their plan to stop purification ritual. Natsu decided that they will fight like old time with his old guild member. Outside of the city, Two thousand members of Avatar assembled to kill the thirty thousand people in the city to summon Zeref. When Arlock, the main priest of Avatar ordered them to they started running towards the city and start the purification ritual. While running, they see three people standing. They thought they could kill them first but bad for them, it was Natsu Lucy and Gray.

Natsu beat the shit out of the member of Avatar. They Gray and Lucy joins the fun. Lucy summons Taurus and equipped herself with Taurus’s star dress. In this form, Lucy gets a stronger body and a whip. The Lucy uses her whip to create earth wave and defeated many members of Avatar. Gray uses his ice maker magic to freeze many of the members. Erza in her Ataraxia Armor

Avatar’s members are using magic to attack Erza that when she equip into her Ataraxia Armor. He defeated most of them by using the flying swords of her armor. Then Jerome came and attack Erza. When Jerome’s sword hit Erza’s sword, they started to corrode. Then Jerome tells Erza that his sword destroys the thing it touches. Then Erza tells him that her sword can cut without anyone knowing and we see Jerome falling from the slash of Erza’s sword. Erza defeats him without any problem and moves on. Meanwhile, Mary attack Lucy with her Virus magic which causes pain in the belly of Lucy Taurus and Happy. She is causing excruciating pain in their belly. But suddenly their pain goes away and they see Wendy using her magic to heal them. Then Lucy punches Mary and defeated her. At the same time, Gray is fighting Braier. She uses her Shadow Clone magic which makes her split into four version of her. The Loving version of Braier tells him that she started loving Gray. That’s when suddenly Juvia appears and attacks Braier and defeats loving Braier. The other three Braier gets mad but Gray freezes them instantly and wins the battle quite easily. Then Juvia throws herself on the Gray and hugs him tightly. Then Gray ask her how did she found him. She tells him, she found her because of Wendy’s smell power. Wendy and Carla are fighting Avatar’s member and Wendy can now use Dragon force.

After fighting and destroying Avatar’s member, Natsu reached Arlock and tells them that they cannot beat Fairy Tail and he will purify Arlock…………. 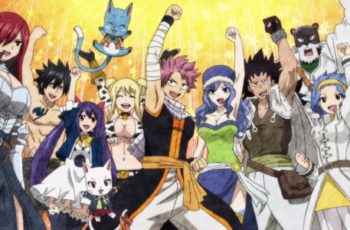 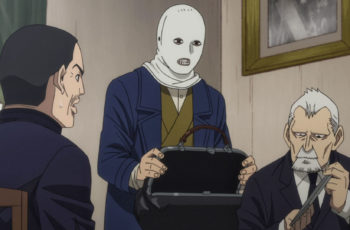 In the previous episode of Golden Kamuy, we saw that …